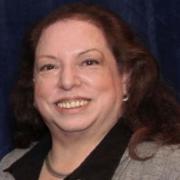 Anita S. Katz, who served for 20 years as the Suffolk County Democratic Board of Elections commissioner after working for the Town of Babylon, died unexpectedly on Aug. 9. She was 69.

Katz was appointed to the board in 2002, said Suffolk County Democratic chairman and Babylon Town Supervisor Richard Schaffer, following several years of service with Babylon Town, including stints as the head of the Department of General Services and, later, chief of staff to Schaffer.